A HAIRDRESSER has revealed the five different types of customers, including helper – so which of the bunch best describes you?

A member of staff, who works at Headmasters, in Harrow, north-west London, took to social media to expose the number of customers beauty workers have to deal with on a daily basis.

The hair prodigy shared the video on TikTok under the @headmastersharrow account, where the group of hairstylists amassed over 376,000 likes.

This time, an expert has revealed how different people act when it’s time for a chic blow-dry at the end of the date – so which group do you belong to?

”Blowdrying clients be like…” read the text alongside the viral video, which has been viewed over 1.6 million times.

First on the list was someone they had jokingly described as the ‘hairdresser’. 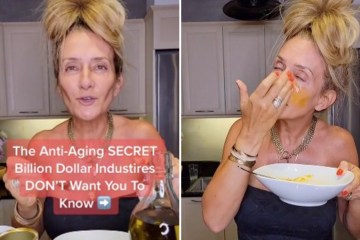 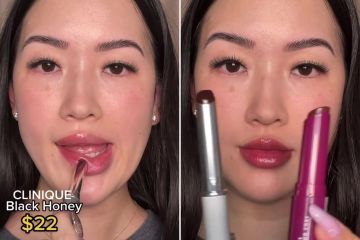 According to them, this person snatched the comb from the stylist’s hands and proceeded to work on his own hair in the middle of the session.

The Exaggerator is equally dramatic – this client would cause a lot of drama while the professional dries his hair.

Perhaps stricken by the intense heat, they would quickly grab the hair and pull their heads away from the fan.

On the other side of the spectrum was the assistant, who tried to make the stylist’s day as easy as possible.

In the viral clip, the client leaned back as much as possible, so the hairstylist would find it easier to dry the wet locks.

The fourth type of lounge visitor is someone they dubbed the Nosy One.

As the title suggests, the person would turn their head to see what was going on in the living room, which would complicate the employee’s job.

During their shift, as the video revealed, they also sometimes had to deal with the Loud Ones.

Comfortably seated in the chair while the person behind them works on their new locks, this type of client would be on the phone discussing their life.

So, of the five, which category do you think you belong to best?

One person said, ‘Oh I can’t. I’m barely breathing so I work as little as possible.”

Another wrote: ”I’m the assistant but I try not to be my head just bouncing back. ”

Someone else wrote: ‘I’m only No2 because you’re burning our scalps putting the hair dryer so close!’