Confessions of a hairstylist: The stylist shares the things she can’t stand about clients – whether it’s looking up at the bowl or knowing-it-all attitudes

A top Australian hairstylist has revealed the most frustrating things clients do when sitting in the salon chair, including being too bossy, going out to smoke cigarettes and touching their hair too much.

Amanda Lunedei, 31, who has worked at a hairdresser and colorist for 14 years, said she loves chatting with her older clients, but new clients come to see her with a few annoying habits.

The award-winning Melbourne hairstylist and mum-of-one gave her tips on how to be a star client and come away with the best results at the salon.

Australia’s top hairstylist Amanda Lunedei (pictured right) has shared her clients’ biggest pet peeve, including touching her hair too much and going for a smoke break

Secrets of a hairdresser: stylists spill their biggest pet peeves

* Turn your head to try to make eye contact to talk to us (use the mirror for eye contact, for God’s sake I have scissors in my hair)

* Raise your neck when you expect we’re going to raise your head to the shampoo bowl (biggest pet peeve ever, it just drips water down your neck and then we’re the ones who wet your collar)

* Sometimes new clients try to use platitudes like “I trust you, do whatever you want, it still grows back!” I realize it’s more about reassuring themselves and being too shy to be assertive about what they’re looking for, but that’s a really backhanded compliment. It adds so much pressure, we can’t read your mind, and it completely debases our entire career into one little fragment of a sentence.

* People talking on the phone. She can’t cut hair if your phone is on it. And she won’t interrupt your conversation

amanda said 9Honey her “number one pet peeve” is someone who “constantly” touches her hair while she tries to do her job.

The most frustrating client she said she has is someone who is or was a hairdresser himself and thinks he knows best, which often happens.

She said the “last thing” she wanted to hear was that her client was a hairdresser and some are happy to let her work uninterrupted, others are very controlling.

“But if they keep going and don’t trust you, I have to say, ‘If you keep doing this, we’re going to have a problem,'” she said. 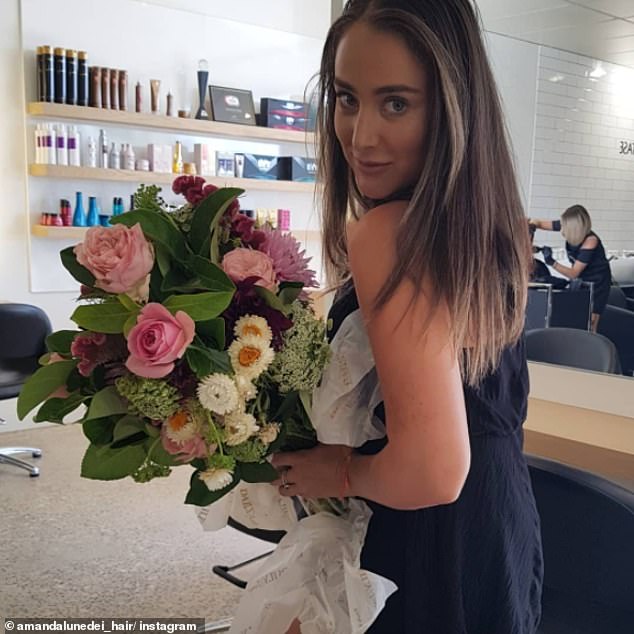 Mum-of-one Amanda, 31, is an award-winning hairstylist from Melbourne who has been in the business for 14 years 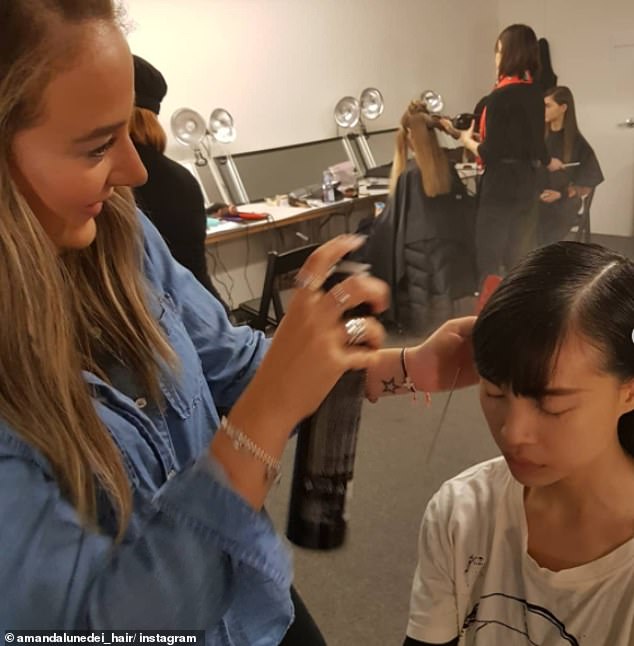 Amanda recommends listening to your hairstylist if they say what you want can’t be done like going from black to blonde in one session.

Bobblehead clients are another annoyance for Amanda, as are people who want to leave mid-session for a cigarette.

“We call it bobbleheads, people who constantly move their heads while talking and I try to keep their heads still,” she said.

Amanda recommends listening to your hairstylist if they say what you want can’t be done like going from black to blonde in one sitting.

She learned she was able to say no to extravagant demands the hard way after making “a few pretty bad mistakes on poor customers unfortunately” during her years in the business.

“As a colorist, you have to have the ability to say no. Ultimately, you can’t let someone walk out of the living room with a head job you’re not proud of. Otherwise, you are doing yourself a disservice,” she said.